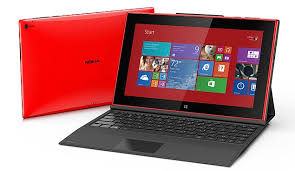 Nokia 2520 has a 10 inch HD display powered with Snapdragon 800 having 6.7 megapixel camera on the back running on Windows RT 8.1 platform. It’s weight is around 22 ounces and have 8,000 mAh battery for up to 11 hours of power with built-in Microsoft Office and Outlook.

“Full Microsoft Office on the Lumia 2520 makes working on the go as easy as being entertained by your apps, music and video,” Chris Penrose, senior vice president of emerging devices at AT&T Mobility, said in a statement. “That plus a killer design makes it truly a tablet for everyone.”